“Do not get into graduate school straight out of college. You’ll regret it. Get some experience first.” I’ve had a handful of advices coming from people the moment I was declared a graduate and I believed what they said. I honestly didn’t plan out my life long enough to determine where I want to be in 10-15 years. For the record, I never asked myself that question because I am not a firm believer of plans. Of course I do believe in lesson planning now but planning out a life? I don’t think so. I wanted to do so many things. I didn’t want to immediately tie myself to a job and aspire that it’d be the first and last job I will ever have in my life. Things just have a way of falling into place and at some point in our lives, we get a fair share of things and I think I have moments in my life to prove that claim. In simple terms, I was open for anything that can happen to my life at that time. But when I was given the option by my parents to go straight into graduate school after college, I didn’t buy the idea simply because I didn’t want to do it for the wrong reasons. I was having a hard time settling with a job I’d commit myself into and I would delay decisions because I wanted to explore more and more options because I didn’t want to commit to something and later on realize that I just made an impulsive decision. I was going through interviews and screenings but at the same time, was still actively pursuing other opportunities. Thus, there came the point when my parents simply told me,“Anak, ang gulo ng isip mo. Mag-aral ka na lang ulit.” (You are too fickle-minded. Might as well just go back to school and study again.) And that’s the time I realized that they want me back in school so that perhaps I can be certain of something again. So what happened to “get some experience first before grad school” then?

Again, I was certain that I didn’t want to study for the wrong reasons and was persistent in looking for the right experience that was seemingly a virtual “pre-requisite” (according to most people) for grad school. And maybe that would be very telling of how Teach for the Philippines found me during that point in time. I applied to be a fellow because I believed in the cause and along the way, plans (yes, there were finally plans!) changed. I started to envision myself staying in the fellowship for more than 2 years. I remember asking Evan during my interview if I can stay after 2 years. I cannot remember what he told me but that was one of the defining moments of my life –when I was finally certain about something in my life. It felt right and to know later on that we will be given the chance to take on some units for graduate school in Ateneo was really unexpected. The thought of going to school again scared me. I though I got over the “going back to school” aspect already when all of a sudden, the choice is being presented to me again when I wasn’t so sure if I wanted to it now.

During the days leading to the beginning of grad school, I wasn’t so sure of what I was supposed to feel. I felt incapable because I have no formal teaching experience. I did not take up education and I never took it as a minor either. It was as if I felt unarmed and I have no choice but to throw myself in. At the back of my mind (and with some convincing from my friends), I always had this idea that having experience is almost always necessary to survive graduate school. I’ve know a couple of people who had to leave grad school and law school simply because they know theories as theories and not theories in application. There were a handful of them and those who managed to stay would tell me that they never really understood what was going on. They just passed the test and that’s it.  I was afraid to be put on the same situation. Of course, the support system of TFP was strong and but personally, I just didn’t feel ready. But either way, I know it is necessary and more than that, I know I was doing it finally for the right reasons.

Fast forward to our first week in grad school, it is quite surprising that everything went so smooth. I was rather thankful that we had a brief exposure at Commonwealth Elementary School because it was the only thing most of us could really share in class. Not to undermine our other experiences but summer school was the easiest to talk about because we were all there and though it was just for a short period of time, I can say that a lot of good stories have been told already over the course of our immersion. Even though we have a good line up of classroom lectures, it is really the personal sharings of people that glued me in. I literally found myself listing down all interesting stories of people, their suggested classroom management and lesson planning schemes, the potential issues that may arise based on their experience, the “awwww” moments they had with there students and even the funny and witty things that their students innocently ask about. Our teacher was always smiling and it was consistent from Day 1 until Day 5. She told us that the transfer of emotions between teacher and students is very fast and thus, we have to be excited about what we teach if we want our students to receive it that way too. She was so generous in sharing her knowledge that you’ll begin to think how much more is she going to share to the class. That was when I realized that it is very true that we don’t know what we’ve got until we lose it but it is also true that we don’t know what we’ve been missing until it arrives. The things I’m hearing from everyone were so novel and it suddenly made sense that the reason why I’m in grad school is because I do not have that much of experience to share and I’m here to really learn from others.

They say that we should never give up on something we can’t go a day without thinking about, that things go doubtful and confusing first so that we can appreciate them when they are right and that sometimes, good things have to fall apart so that better things can fall together. The past week was a good test of these beliefs and having been through the longest two weeks of my life in Commonwealth Elementary School meant the world to me. It is my first and only teaching experience but it was already enough for me, and many others, to get by. It is true that “Experience is the best teacher” but now, I think that quote can go both ways. It can also be: Teaching is the best experience and the little and brief moments we have with our kids will always be enough reason for us to wake up everyday.

There are a lot of things I have learned but here’s my take away. Do not be afraid to get inside the classroom again. The classroom is for everyone one of us. In the recent past, we’ve seen kids as young as 14 years old get into college due to their outstanding scholastic performances and we’ve likewise seen 70-year-old people excitedly go back to the classroom in pursuit of high school diplomas. For me, these stories are enough proof to tell us that indeed, the classroom knows no boundaries. No matter how old or how young we are, it will always be the right time and the right place to learn and for as long as we have the right reasons, we should not be afraid to enter the classroom once again. We all have our stories to tell and no one should stop us from telling them.

At the end of the day, I think getting into graduate school without formal teaching experience is more than just a leap of faith for all of us. It is realizing that if we don’t go after what we want, we’ll never have it. If we don’t ask, the answer is always no. And if we don’t step forward, we’ll always be in the same place. Therefore, the chance and choice to be here should not be seen as incapacity on our part, but as an opportunity to make the little experiences we have appear richer and fuller. Our two-week stint at Commonwealth Elementary School might have been brief but in class, experiences shared in connection to summer school fueled most of the discussions and I can say that fellows beam with pride every time they get to share something about what they did in Commonwealth E/S. And when we begin to run out of words to describe the feelings we felt over the course of summer school, that’s when I realize that we’ve already lived for the moments we can never put into words. And maybe, that makes us ready to be where we all are today. 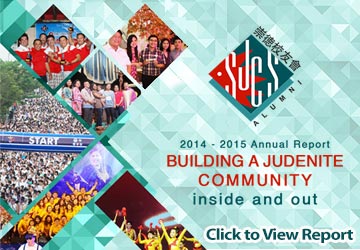 Make a difference with SJCSAA 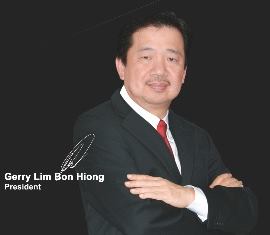 Engaging the alumni is a broader spectrum when we realize we are a group defined by the founders, the school, its staff, students, parents and the surrounding community.

LATEST ON JOB BOARD